Can Christian Coders Save The World? 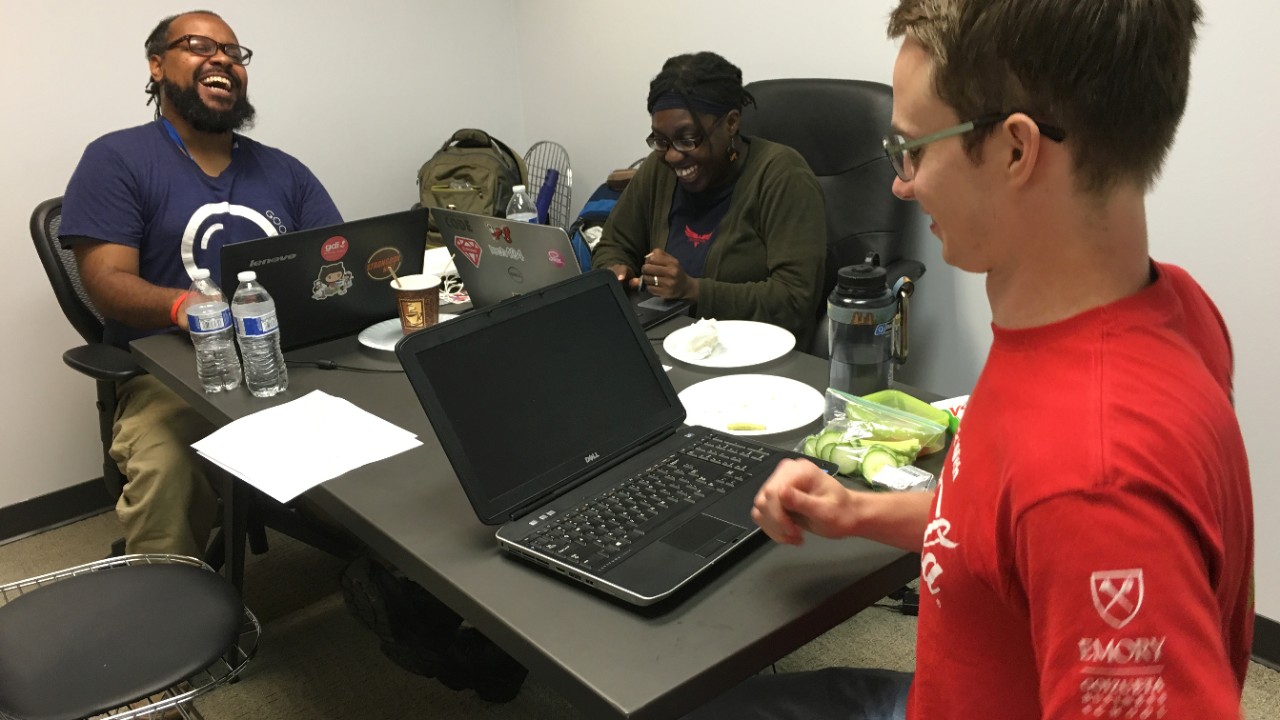 Rapid advances in technology are molding our world – whether we like it or not.

There is a new breed of digital missionaries taking shape, determined to leverage the power of technology to solve problems troubling the church and the world. They even speak their own language: Code.

Code is the language of every software developer, app designer, and computer geek in the world. I do not speak code.

The Global Hackathon 2015 gathered 800 Christian “Coders” at locations in 13 cities in 8 countries for one weekend.  The event was organized by Code for the Kingdom in partnership with other organizations.

Nick Skytland who works for NASA has organized multiple hackathons. He describes them as the digital equivalent of an Amish barn raising.

Ali Llewellyn, who co-ordinated the Global Hackathon says, “We know where to find Christians. We also know where to find technologists. What’s been harder is to bring together the Christian technologists.” Llewellyn credits the Indigitous movement, energized in part by Cru, for creating a space where this unique group of people are finding one another and beginning to form a movement of their own. 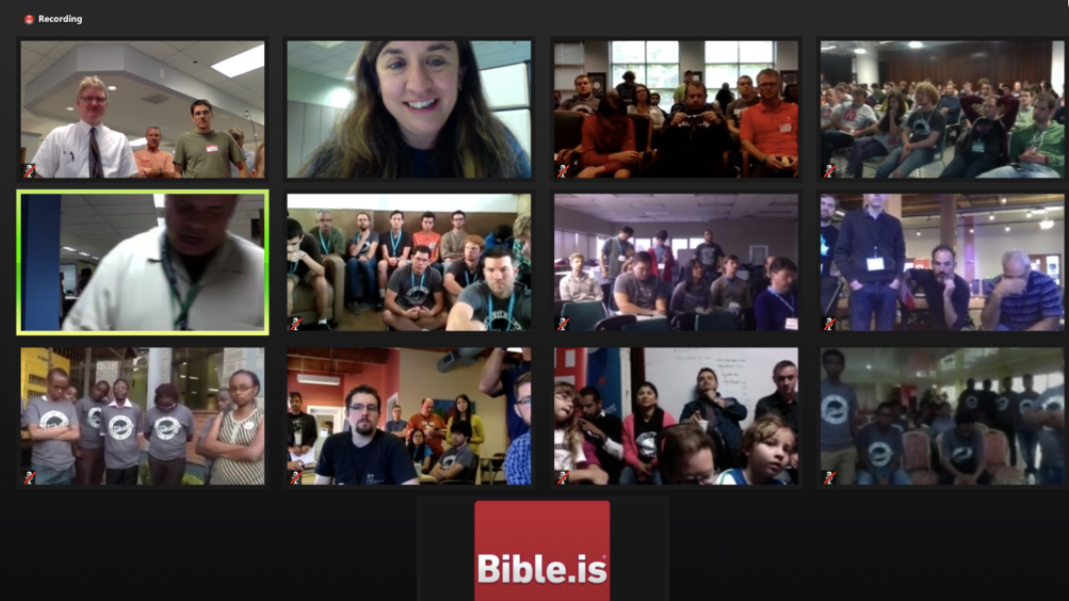 Which piece of the puzzle will I work on?

Aton and Anita Bridges, an African-American couple, took a 2-hour bus ride from inner-city Atlanta to Alpharetta to take part in the Hackathon. The Bridges, who originally met at a bus stop, used the journey to formulate a project they could pitch to their peers that night.

“What we want to build is like a social network for churches to share resources so their entire neighborhoods are uplifted,” says Aton. “One church might know of an old lady who can’t get to a drugstore to collect her prescription, while another church has someone willing to provide a ride. Or a kid who needs math tutoring might find a free tutor in another church. But for this to happen neighboring churches need to be aware of each other’s resources.”

After hearing several pitches, the coders choose projects to work on. Aton and Anita are joined by a graphic designer and a slim 25-year-old white guy with the perfect coder’s name, Webb Smith.

Aton Bridges founded a software development company after serving in the 101st Airborne for three years, where he learned some of the skills he’s employing today.

Anita grew up in North Carolina, and credits Hurricane Frank in 2010 with birthing part of the vision for Tabernacle. “That’s when I saw real community in action,” she says, recalling churches mobilizing to meet the needs of those worst affected. 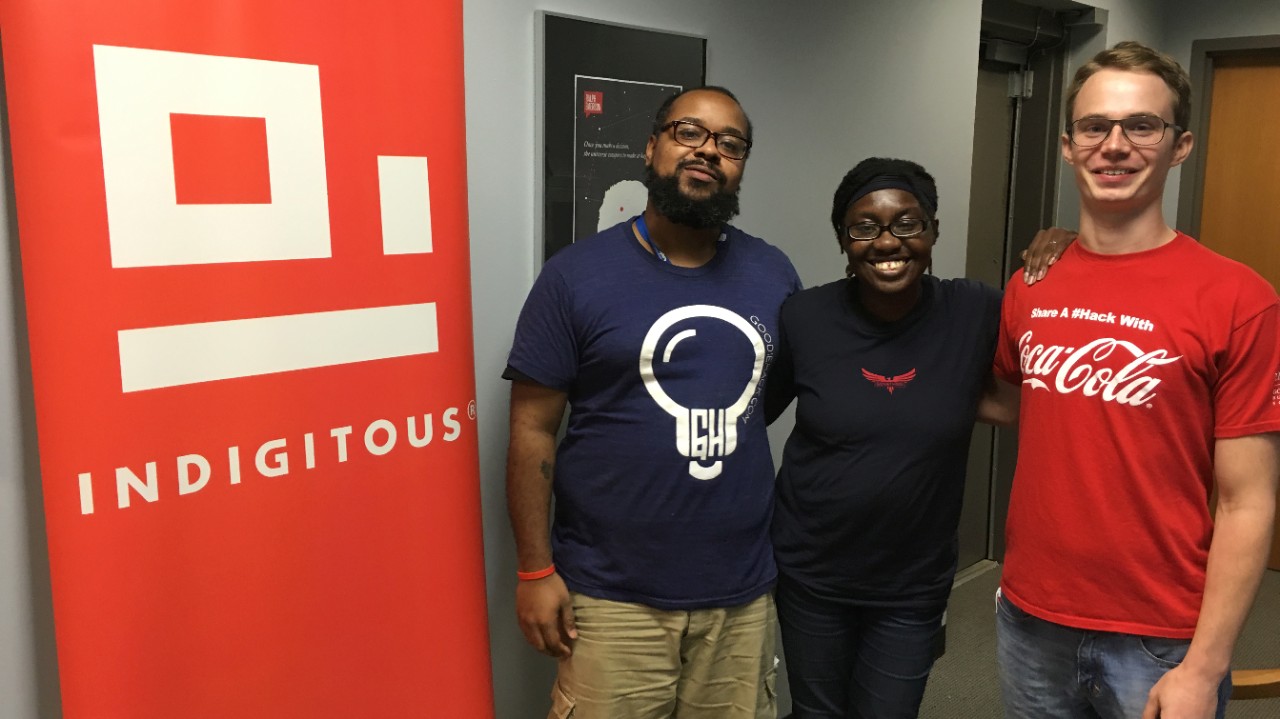 The Bridges are veterans of several Hackathons, but never one organized by Christians.

Webb Smith got married at age 19 and he’s working as a software developer while completing college classes. “I did things kind of backwards,” he says. “I love to code and I came just hoping to meet other Christian coders and find the place where I can be most helpful.”

And so these strangers find a small room where they can plug in and begin solving the problem before them.

Who needs sleep when you have cold pizza?

By Saturday morning Aton hasn’t slept. He worked through the night. Anita grabbed 1 hour of sleep under a desk.

After mapping out their idea, the team developed a logo and began building a map-based website. They’re calling it Tabernacle. “I chose the name because that was the place where the people of God gathered together,” says Aton.

The Tabernacle was also where the presence of God dwelled. Watching Aton’s team work reminded me of Matthew 18:20, “Where two or more are gathered in my name, there I will be also.”

The clock is ticking and they want Tabernacle up and running by the end of the Hackathon tomorrow.

At 11 a.m. all 13 Global Hackathon locations connect via live webcast. Throughout the weekend they have been talking to one another online, sharing ideas, solving each other’s problems. Now each city prays for the other 12. 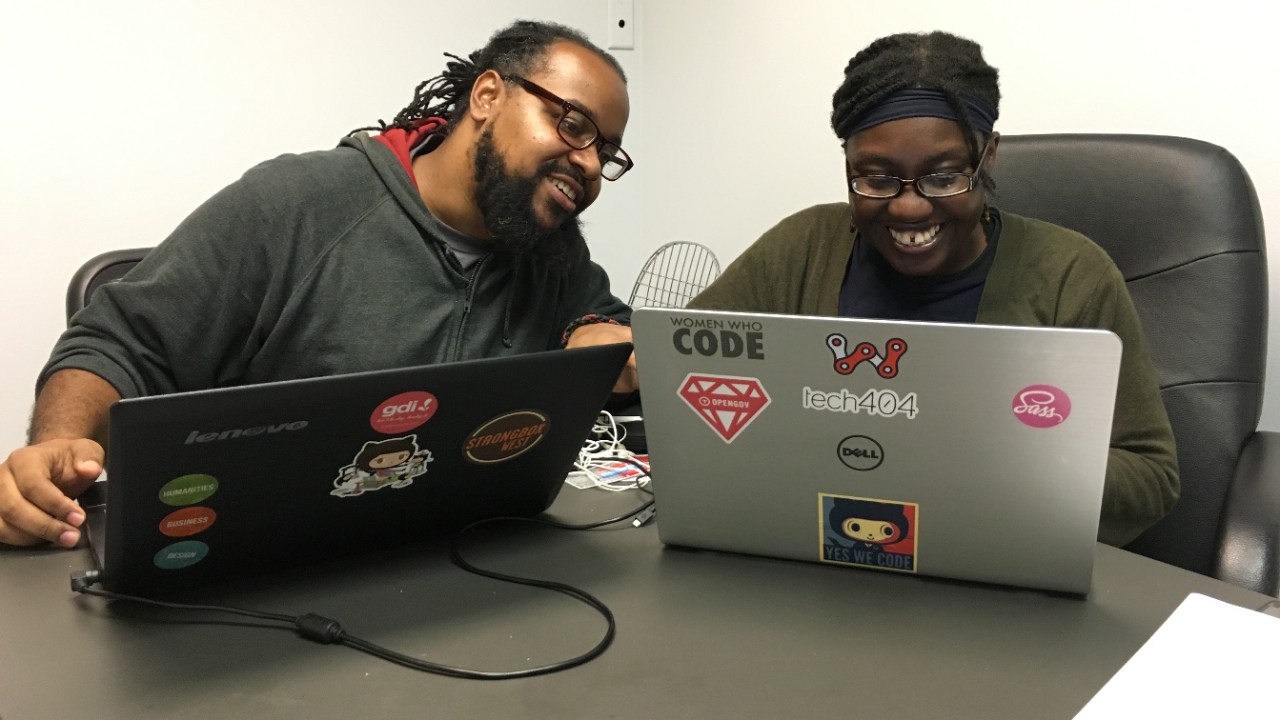 It’s Sunday and Aton is presenting Tabernacle to the group.

“If you have a church who wants to use this you can go online and register right now,” says Aton proudly.

Aton believes Tabernacle, inspired by the problems facing inner-city America, could also be applied to developing countries, currently being flooded with smartphones.

“Tabernacle is a global solution to local problems,” he tells a group of judges awarding prizes.

Tabernacle didn’t win any prizes. Those went to a 12-year-old boy who built a gaming website to educate kids about Christianity, a father and son building a prayer request website after a family member was diagnosed with lymphoma, and a website encouraging churches to let local chefs use their kitchen space.

Aton and Anita look disappointed. But they will keep working on Tabernacle.

A nation with no borders

From Atlanta to Guatemala, from London to Nairobi, the Global Hackathon was about building a community that believes technology can be used for more than making money. Technology for these people can be the bricks and mortar of the kingdom of God.

Christian coders are a new breed of missionaries. Geography can’t constrain them. They don’t claim to be the answer to the world’s worst problems. But they’re finding one solution at a time. Apps and websites tackling the refugee crisis, homelessness, marital fidelity, spiritual maturity, human trafficking, government corruption. You name it – Christian coders will build something for it.

Necessity is the mother of invention, so the saying goes. At the Global Hackathon I witnessed necessity give birth to another child – world changing community.

Moving among Christian coders, who were strangers hours before, I watched a sacred space forming. When Nehemiah called the people of God to rebuild the walls of Jerusalem he knew that community would be powerfully bound together by the end of the project.

I spent much of the weekend watching sleep deprived humans living on pizza and donuts. But it was beautiful to behold. The future of the church’s ability to shape the world in part lies here.

Now I just need to pray for a translator.

Apple vs. Android - What Would Jesus Do?

An Evangelism Tool You Already Have

As believers, each of us has our own story: the story of how we met Jesus. When combined with our desire to tell others about Him, we have a powerful, versatile and meaningful way to connect others with the very heart of God.

How your story can help change lives.