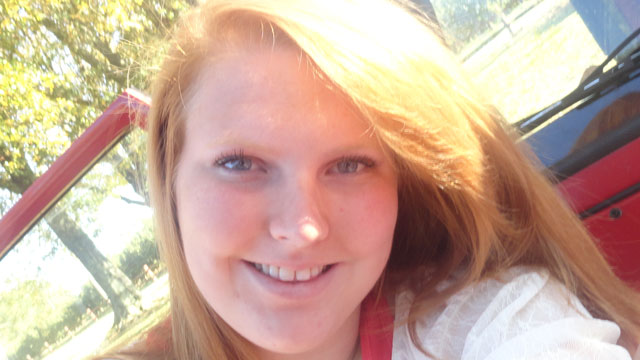 I grew up going to church; been going ever since I was born.

When I was seven years old, I “got saved,” but it wasn’t a huge transformation. I didn’t understand the concept of what giving my entire life to Christ meant. I knew Jesus came and died on the cross and that I was going to heaven, but there’s a difference between getting saved and actually walking with Christ. There’s a difference between being a stagnant Christian and being on fire for Christ.

When I was in eighth grade, my mom passed away from cancer. After that, I was super angry with God because I didn’t know why – out of all people – He would take her. I went through a time where I would still go to church but I didn’t talk to God very often.

I can count on one hand how many times I truly prayed to Him during those years.

In 11th grade, I start dating a guy and thought I was head-over-heels in love. We dated for about a year and a half. I was looking for someone or something to comfort me because I didn’t feel like I could talk to anyone, not even my close friends or family. And I found this guy that seemed to be everything I wanted or needed, so I threw myself to that because I felt like it was best.

A few months later, the guy broke up with me. Then my grandfather became really sick and was in and out of the hospital. I had been through that with my mom and became overwhelmed. I thought, What else could possibly happen to me?

I was seeking everywhere and everything but God.

In high school I was known as a “good girl.” But after I graduated, over the summer I started drinking and getting in with the wrong people and partying. One day I woke up and looked in the mirror and started crying because that’s not who I wanted to be and that’s not who I was.

I stopped partying and stopped drinking, but I still wanted more. I knew I was a good person but knew I wasn’t living every day for Jesus.

In the middle of July, I had a really close friend of mine die in a car crash. That was difficult and only seemed to add to all that had happened in my life the past few years.

When I arrived to college at the University of South Carolina Upstate, I started going to Cru. I finally had some people to talk to who would listen to me.

I felt like they loved me and they didn’t even know me.

About a month later, my grandpa passed away. Fall retreat was that next week and even though I was sad, I went. At fall retreat, I decided to rededicate my life to Christ because I felt like I had nothing and I needed to give up trying to do things for myself and give it to Him.

One of my favorite quotes is by Rick Warren who says, “You never know God is all you need until God is all you have.” That’s been my inspiration because that’s been the point I’ve come to: I had nowhere else to go but to God.

Since fall retreat, I can truly say that I’ve never felt as close to God as I do now. I’m not perfect. But I try to read the Bible every day and I’m really involved in Cru. I’m on the leadership team and things are going really well. I have this fire inside me that I didn’t have before.

During Christmas Conference (Encounter) I told Cru staff member Amber Martin that I wanted to start a high school ministry in the high school I attended in Boiling Springs. There was really never anything in high school to draw people in to learn more about God or learn how to do outreach with people. I want to help change that. I’m meeting with the principal to figure things out.

I want to start a small worship service at the school and have people sharing their testimonies and stories of how God has changed their life. Once people start attending, we can break into discussion groups or begin Bible studies outside of school. I just want to start it in the school and then let it grow. I think students should be trying to reach their peers for Jesus.

Corey is a freshman psychology major at the University of South Carolina Upstate. She wants to be a Children’s Counselor and hopes to go on to get her Doctorate in Children’s Psychology. She has a minor degree in Art and hopes to use it with Art Therapy. Corey enjoys painting and photography. In her free time she likes to play intramural soccer, piano and most recently has started playing guitar.

From Film to Faith

Major Wes Bowers chooses to accept Jesus as his Savior in the midst of a routine helicopter flight gone sour.