From Islam to Christianity 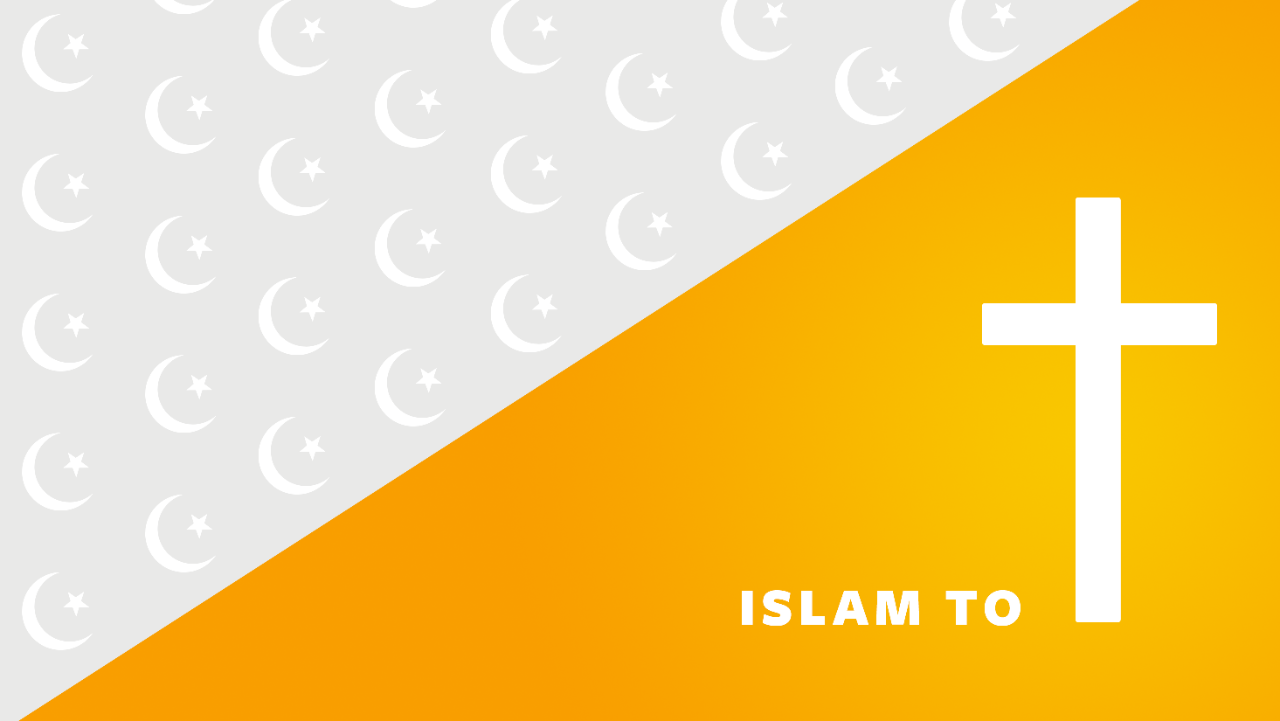 Farah and Mahmoud Nagib walked to their car and found another note on the windshield telling them to go home. The Muslim couple had left Iran to study in the United States, and the adjustment had been difficult. Besides leaving threatening notes, Americans were letting the air out of their tires. Afraid, the young couple tried to shelter themselves beneath their cultural heritage and their prayers to Allah.

They had been born Muslims and planned to live their entire lives as Muslims. But an unexpected crush of events forced Farah and Mahmoud to look past their culture and re-examine their beliefs.

Because they only had student visas, the couple could not legally work. Then their financial support from back home ended suddenly, so Farah and Mahmoud worked odd jobs illegally to make ends meet. Meanwhile, they hired lawyers to obtain legal work permits. They also continued the Muslim practice of praying faithfully before sunrise, at noon, late in the afternoon, at sunset, and once again at night.

The Arabic word Islam means submission to the will of Allah, and the religious practice commands self-sacrifice, such as fasting, giving alms to the poor and praying five times a day. At the core of the religion is the belief that Allah is the one and only god. Farah and her husband desperately prayed that Allah would grant them papers to stay in the United States. If they had to return to Iran, they would go disappointed, accepting the will of their god.

Despite their prayers, Allah remained silent, though their problems continued. Farah turned to tranquilizers and Valium.

To keep working, Farah enrolled their 2-year-old, Amir, in a church-based day-care center. Since Amir’s teachers were Christians, she figured they would protect her son from the persecution she and Mahmoud had experienced.

Several moms invited Farah to attend an aerobics class at church with them. She came, but left every week before the prayer time. When the ladies tried to talk to Farah about their faith, she answered, “I’m one step ahead of you. You need to catch up.”

A missionary from the Middle East who has worked with Muslims for 25 years explains Farah’s challenge and the logic behind it.

“Muslims think that one religion replaced another,” he says. “They believe that because Judaism had become corrupted, God sent Jesus Christ to establish Christianity and replace Judaism. Then, because Christians falsified the Bible, Muslims believe God sent the last and final prophet, Mohammed, to establish Islam, replacing both Christianity and Judaism.”

Yet Farah’s fears about legal residency continued to crush her confidence. After one fitful night, one of the ladies at her exercise class offered to pray for her, and Farah came apart. “I told them everything,” she says. “I cried and they cried harder.”

That day, Farah heard women call God their heavenly Father. She knew Allah, all-powerful and full of judgment, but not the God who wanted to be her father. “They talked to the God I had longed to know for my entire life,” she says.

“Muslims are willing to pray to Jesus,” Farah says, “but it is hard for them to let go of their culture.” But before Farah could open her heart to Jesus, she had to overcome the loss of leaving everything. “If I responded to these ladies, I would reject my family, my upbringing and my country.”

Farah went to bed still thinking about those ladies who had prayed for her in Jesus’ name. She asked God to help her know Him. The next morning, after a vivid dream about taking her problems to Jesus in heaven, Farah awoke convinced that Jesus loved her. God frequently reveals Himself to Muslims through dreams, according to Lorraine Orris, author of Islam 101: “In about half of all Muslim conversions [that I’ve researched], dreams played a part along with personal interactions with witnessing Christians.”

With the rising of the morning sun, Farah now believed Jesus would take care of her family. Her depression had lifted.

That week Mahmoud was approved for a work permit, allowing both of them to work and live legally in the United States. But Farah now concerned herself with something even more important: her husband.

When she told Mahmoud about her decision to trust Jesus instead of Allah, he was opposed. “As a Muslim, I was totally against her decision,” he says. “But I saw changes in her life. She became a more understanding person.”

Faithfully, Farah prayed to God about her husband. Nine years later, he took a taxi to her church, planning only to get his car keys out of her purse. Instead he stayed for a sermon about the uniqueness of Jesus. At the end of the service, he invited Christ to come into his life. “I am the result of nine years of others praying for me,” Mahmoud says. “If that’s not a miracle, I don’t know what is.”

Looking back, Farah and Mahmoud appreciate the people who told them about Jesus and prayed for them. Today, she works full time with a Christian mission organization. And the oldest of their two children wants to become a youth pastor.

Farah found hope in Christ through Christian women who befriended her. Mahmoud heard the truth he had seen in Farah’s life in a way that finally made sense. And God used the intensity of their circumstances and the actions of people who love Him to cause Farah and Mahmoud to follow Christ.

A Leap to Faith: Judaism to Christianity

Latest Stories in How to Know God

Why the Resurrection Matters

Every day more and more people are taking a look – for some, a second one – at the historical person of Jesus of Nazareth.

The Bible tells us that God is holy and man is sinful. Sin creates a great gulf between the two, which man cannot bridge no matter how good he is.