A Leap to Faith: Judaism to Christianity

Traveling 3,000 miles to meet the Messiah 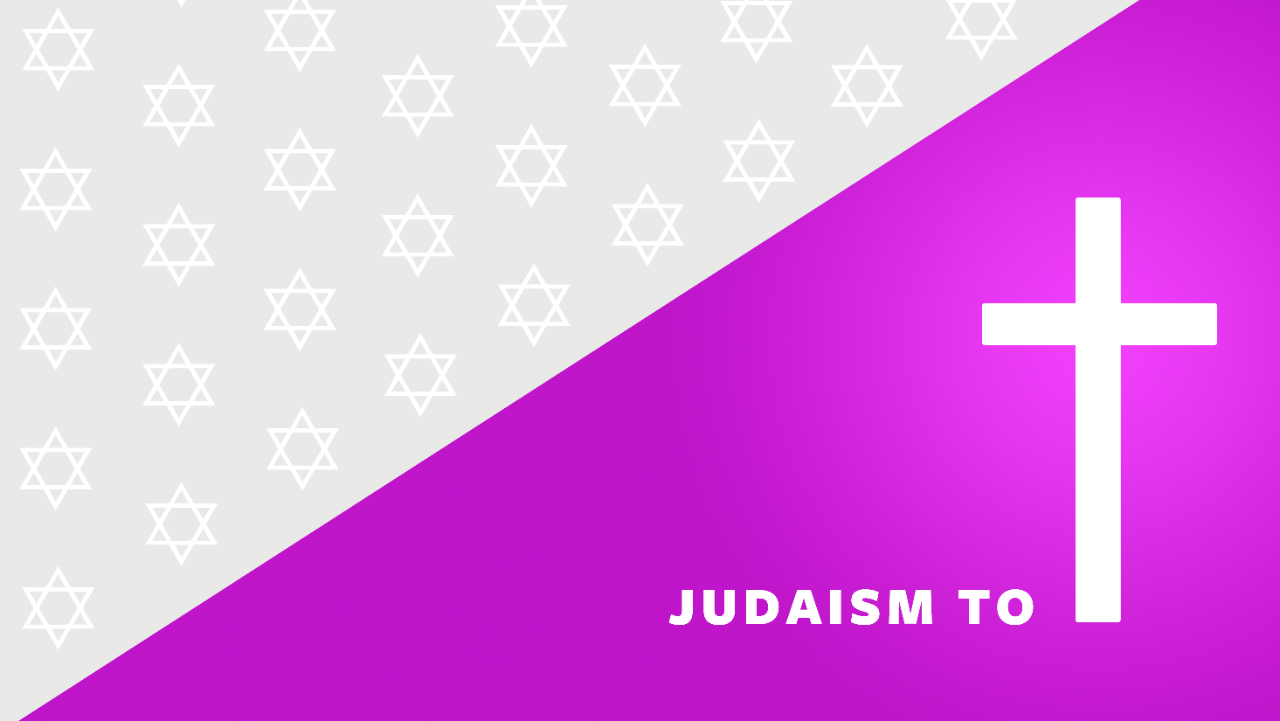 The year was 1970, and the post-Woodstock hippie movement swept America. Searching for meaning in his life, a young hippie named Mitch Glaser, along with a friend, dropped out of college in Connecticut and hitchhiked across the country to San Francisco.

Their journey was about more than just a change of venue. Mitch, only 17 years old at the time, sought answers he wasn’t finding in his Jewish roots.

Growing up in a traditional Jewish home in New York City, he regularly attended synagogue and observed traditional holidays like Yom Kippur and Passover. Mitch was proud of his heritage, but something was missing.

He was entrenched in religion, but never felt connected to God. Questions surfaced like, “What is the meaning of life?” So the scraggly bearded youth headed west, bringing only what he could carry on his back, in hopes of finding answers.

In California, Mitch and a few other friends built a houseboat, living for free by “borrowing” utilities from their neighbors, and delved into the hippie lifestyle. Meanwhile, Mitch still strongly identified himself as a Jew. Today, about 5 million Jews live in the United States. Less than 20 percent regularly attend synagogue.

Eventually, a building inspector condemned the houseboat. Shortly after, a Jewish friend named Joan visited. After spending time with some Christians, Joan had come to believe that Jesus is the Messiah, and couldn’t wait to share her discovery.

“She preached heavily to us about the end times,” Mitch says. “I thought she was absolutely nuts.”

It was as if Joan were turning her back on her roots.

As a Jew, Mitch’s attitudes toward Christianity were largely shaped by his grandparents’ history in Europe. To them, Christianity was a foreign and hostile religion responsible for horrific events like the Holocaust and the Crusades.

“I was raised to believe Jesus was not only not Jewish, but anti-Jewish,” he said.

Yet Mitch’s friends were drawn by Joan’s personal experience. She made Jesus sound hip – after all, He was a revolutionary. So they decided to visit her Christian friends in Oregon to hear more. Mitch tagged along suspiciously.

“Mitch probably thought we were involved in something dangerous,” Joan remembers.

That night at dinner with the group of Christians, Mitch had an encounter with God. While the owner of the house prayed, Mitch sat with his eyes open. It was strange to him; the man talked out loud to God, as if he knew Him. Mitch could sense a strong presence in the room. He knew it was God.

From then on, Mitch was determined to know this God. So he began reading the Old Testament, something few Jews do outside of the synagogue. He yearned to connect with God like Abraham and Moses did.

At one point, Mitch approached some young, ultra-Orthodox rabbis for help. The spiritual leaders disdained his questions.

“I tried giving traditional Judaism a chance to talk me out of accepting Jesus,” he says. “Instead, by cutting me off, it made me think they were trying to hide something.”

A little while later, Mitch took a job as a counselor at an ecology camp in the Redwood Forest. As he approached a phone booth one night, the moon illuminated something on the ledge where a phone book should have been. It was a copy of the New Testament, which Mitch began reading regularly.

Through his reading he discovered that Jesus was actually Jewish. He celebrated Passover. He fit the descriptions in the Old Testament prophecies. And although Christ’s claims were beginning to make sense to Mitch, believing in Jesus felt like an act of betrayal of his heritage and family. While hiking in the forest one evening, Mitch wrestled with God.

“You don’t understand,” Mitch prayed. “You don’t have a Jewish mother.”

But Jesus did have a Jewish mother, he realized. God understood, and could help him in his new faith. From then on, Mitch’s beliefs solidified. Today he serves as president for Chosen People Ministries, an international Christian outreach to Jewish people.

Jews doubt that Jesus was the Messiah because He wasn’t a military leader, like their tradition expected. Yet Scripture is clear. More than 300 Old Testament references prophesying details about the Messiah were all fulfilled by Jesus.

For a Jewish person to develop faith in Jesus, they need to see Christ as the completion of their roots, says Mitch, not a step away from those roots. Believing in Jesus doesn’t mean you stop being Jewish. In fact, it completes the tradition.

“The irony is that people say you cannot believe in Jesus and be Jewish,” says Joan, who moved to Israel 21 years ago to reconnect with her Jewish heritage. “We have found pertinence to Jewish festivals that we never found before.”

Jews who believe Jesus is the Messiah are called Messianic Jews, or Jewish believers. But terminology can sometimes mislead. “I don’t like labels,” says Joan. “But know two things about me: I am a Jew, and I believe in Yeshua as the Messiah of Israel.”

It was enough for a searching hippie to understand 30 years ago. He found meaning in the Messiah and still serves Him today.

From Islam to Christianity

From Mormonism to Christianity

Latest Stories in How to Know God

Why the Resurrection Matters

Every day more and more people are taking a look – for some, a second one – at the historical person of Jesus of Nazareth.

The Bible tells us that God is holy and man is sinful. Sin creates a great gulf between the two, which man cannot bridge no matter how good he is.