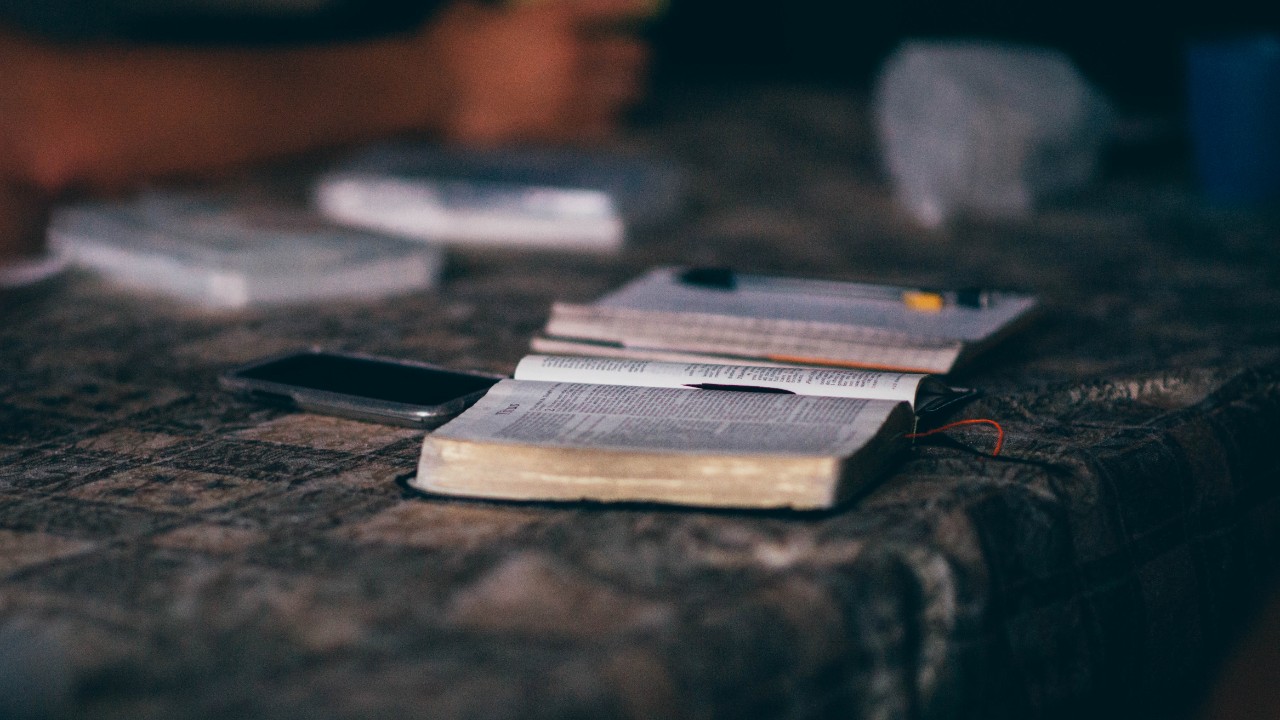 Tariku Fufa grew up in Begi, Ethiopia and was 1 year old when his parents divorced.

He grew up believing the cultural stereotype that if your mother abandons you, then no one loves you.

Tariku lived a life of sickness, isolation, and hopelessness – until his brother told him about Jesus. Before that day, he had “never heard the word love.”

As a 13 years old, Tariku placed his faith in Christ and became motivated to tell everyone about Jesus. From that day on, he had the desire to be a multiplying disciple, and he’s been doing it for almost 25 years.

He now lives in Zimbabwe where he works with Cru. He is raising up multiplying disciples in 24 African countries. 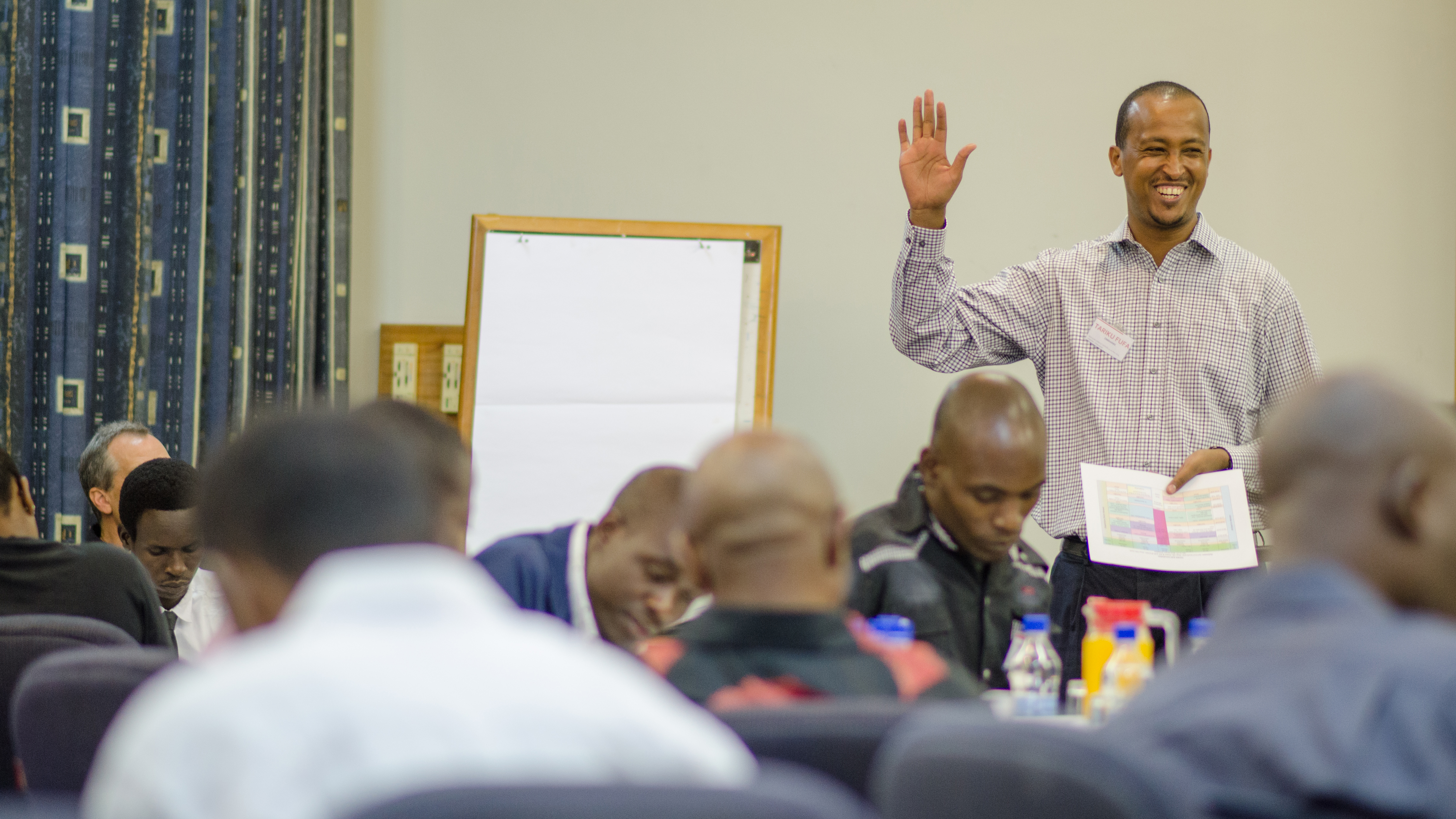 Tariku believes 6 principles can help anyone become a Christ-centered multiplying disciple. The desire flows out of him from a desire to love people and to help them for eternity.

1. Begin With Prayer and Fasting.

Tariku remembers when he met with Bosco, a freshman student in Rwanda. Bosco had the desire to turn “Rwanda upside down” with the gospel. As a student leader, he helped grow the number of Student Population Centers with a Christian presence from 1 to 38 (1 to 14 universities) in just 4 years. Part of this happened because of prayer and fasting, which is emphasized for 40 days in October and November in Rwanda. In order to reach the various countries and campuses, Tariku suggests they choose to fast from 7 to 40 days.

Prayer involves adoration, thanksgiving, confession, intercession, and supplication. “Prayer is a lifestyle,” says Tariku. “It’s just like breathing – as I go, as I sit…” Check out this video from pastor Francis Chan on what prayer is really about.

2. Depend on the Power of the Holy Spirit.

“When the Holy Spirit is in you, you don’t look to yourself,” says Tariku. Last year in Zambia alone, students trained by Zambian staff member Rachael (who Tariku coaches) multiplied into four generations of spiritual disciples. Currently, there are 75 multiplying disciples who are training up another 225 believers.

"My ministry is now student-led," says Tariku. "I no longer take the driver's seat."

3. Help Others Step Out In Faith.

In Ethiopia, Tariku met a student named Misganu and they talked over coffee. Misganu was shy and afraid, having moved from rural Ethiopia to a city. Another adjustment for him was he couldn’t speak the national language of Ethiopia, but did know a trade language. Misganu was a Christian and Tariku noticed his passion for evangelism. Tariku invited him to a Bible study with him and discipled him with Cru follow-up resources.

He encouraged and prayed for Misganu and helped him know his identity in Christ. “You can do this. You are an ambassador of Christ,” Tariku told him.

After 4 months, Misganu stepped out and shared his faith. He saw 3 students trust in Christ. He taught and discipled them and in 6 months the group grew to 10 and to 120 people after one year.

When another student, John, was asked to lead, he wasn’t sure if he could. He didn’t believe he was qualified. One day John went out for several hours to tell others about Jesus. Four of the people he talked with were interested in placing their faith in Christ. But instead of praying with them, he asked Tariku to come and pray with them. Not to embarrass him, Tariku complied, but when he talked with John later, he challenged him that he didn’t need Tariku to come pray. The next time, John prayed with 17 people as he led each one to Christ.

Tariku knows that disciples won’t always do things perfectly the first time. “If they don’t teach the way you do it, they can learn from it. Let them be free to make mistakes and have the safety to fail and make mistakes,” he says.

6. Think About Your Message.

You are a messenger of the gospel, and you teach that message to your disciples. As a messenger, Tariku emphasizes, your character speaks as much if not more than your message. Are you trustworthy? How is your personal life before the Lord?

Also think about the quality of your message. Is it simple and clear? Does it cut across culture?

How do you tell your message? What are your methods? Tariku says it’s like soccer. It’s popular everywhere, and at the sports' basic level, it’s not complicated – it’s just kicking. Can you boil down the gospel message to that?

For Tariku, creating multiplying disciples is all about bringing hope to the hopeless.

“Hopeless people get hope when Jesus comes into their lives,” he says. “For me evangelism and discipleship, they are both hand-in-hand. You can’t [reach the world] by yourself.”

Take the Next Step

How to Make Disciples of All Nations

5 Basics of a Discipleship Time

The Compass: Tracking Sheets for Discipler

How to Use the Compass

Discipleship: Other Subjects for Discussion